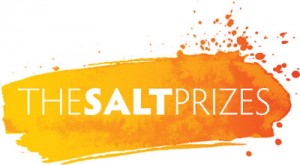 February wasn’t a great month when all’s said and done: it very rarely is. January at least has the feeling of something new starting, whereas February seems put there deliberately to bring a dose of cold, dark reality to things. This year seemed particularly bad, as the dayjob workload conspired with it to pick off any brave creative urge that dared to poke its head above the parapet.

Anyway, the good news is that March has got off to a much more promising start, with a 3rd prize in the fiction section of the inaugural Salt Prize. It’s particularly pleasing, because the story I entered is a high-concept piece that I’ve always liked but have ended up continually revising and refining. It also means that of the ten pieces I wrote for the 2007-8 Slingink Scribbling Slam, nine have now found good homes.

It’s also nice to see loads of familiar faces on the lists. The Salt Anthology of New Writing should have some really good stuff in it when it comes out later on in the year.

5 thoughts on “The Salt Prize”