I once rather fancied becoming a cartoonist in my spare time, despite the rather obvious impediment of having no artistic ability whatsoever. I somehow imagined that the ideas were strong enough to overcome this fundamental problem. Fortunately, the few people that I sent them to disagreed with me, and I gave up quite early on. This rejection slip, from Private Eye, is probably my first-ever rejection for any creative endeavour, and I think it’s rather good: 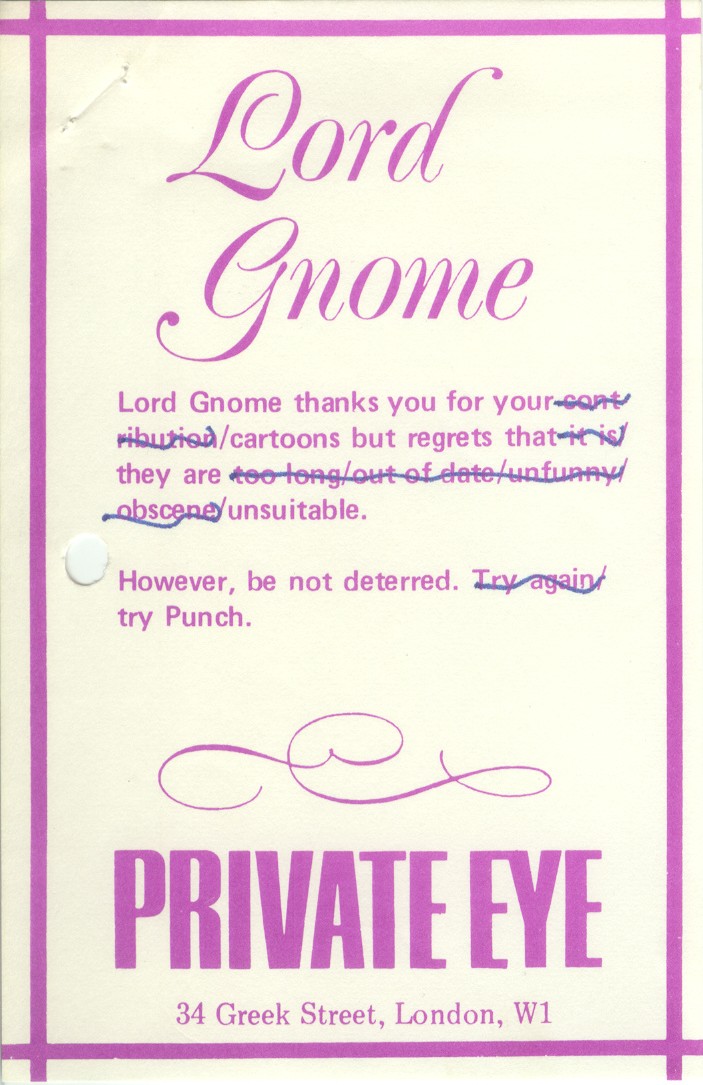 As it happens, I did try Punch, whose rejection slip was a lot less amusing. Then for some reason, I tried the Daily Mirror, who sent me back a barely-readable scrap of paper which looked like a fortieth-generation photocopy, at which point I gave up.

Some time later, I tried with some slightly more arty efforts, for a new publication which was being edited by Simon Bond. These got a hand-written rejection from SB as follows:

Yes, they are quite clever. But not quite clever enough. Or funny enough. But do send more. I’m sure you’ll hit it if you keep trying.

This is where the hard work begins.

Strange the way your mind works. At the time, I was convinced that he was telling me to piss off. Ah well, here they are anyway.