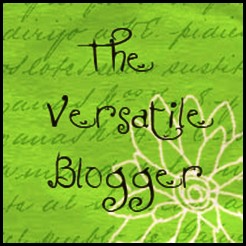 Some time ago, my good mate Oscar Windsor-Smith tagged me with this, for which I feel deeply honoured. He also gave strict instructions that I should reveal seven hitherto unsuspected things about myself and then tag a further seven hapless victims myself. I was just about to respond to this when I saw what Claire King had done and decided that anything I said would look very insignificant beside appearing on the Crystal Maze.

But then I felt like a party pooper, so I’ve decided to go ahead and make a fool of myself, although one out of two will have to do, I’m afraid, ’cos I really hate pestering people. Anyway here are those seven things:

I used to have a soft toy dog called Dismal Desmond. (What ever happened to him, I wonder?)

I once had to be taken screaming out of a showing of “Swiss Family Robinson”. Hey, that was one scary movie. There was some kind of big cat involved, if I remember correctly.

I got thrown out of the school chess club for playing suicide chess. Oh come on, it’s much more fun.

The first computer program I ever wrote calculated the volumes of spheres for radii 1 to 10. It was written in FOCAL and worked first time. (FOCAL? Trust me, you don’t want to know.)

I once gave a performance of the rondo from Mozart’s 4th horn concerto on a 14’ length of garden hose with a trombone mouthpiece in one end and a plastic funnel at the other. It was almost but not quite recognisable.

At university, I was secretary of the Dampers Club, a society for people who had fallen in the river off punts. I had fallen in within 5 minutes of first setting foot in a punt.

I met Mrs P in a prom queue. We were the last two people allowed in, because the Albert Hall was full. Good gig if I remember right, although we did spend most of the evening eyeing each other up.

I think that will do for now, don’t you?