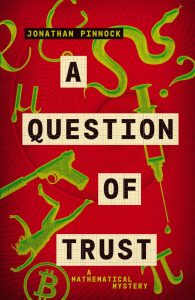 Well, apologies for that unscheduled break in transmission. There are Reasons, which I’m not going to bore you with quite yet – although it’s quite possible that I will choose to bore you with them at some point in the future. However, in the immortal words of Take That, I am now Back For Good.

Quite apart from all this, if you happened to drop in on this place during the last few weeks, you may have noticed some odd behaviour, such as this entire blog disappearing, followed a few days later by the entire site. This was caused by a hacker who somehow managed to get access to my cPanel (despite my having upgraded the password prior to this). I’m not entirely sure what his game was, because rather weirdly he changed the contact details for the site to his own, so I actually know his name and address. I’ve half a mind to pass them on to the authorities in Tamil Nadu, although I’m not sure they’d bother with anyone quite that inept. The important thing is that my hosting company, Host4U, were absolutely BRILLIANT and managed to restore everything from backups when I was convinced that I’d lost the whole lot. I can’t recommend them enough.

Now that the site’s back in full working order, I’ve tarted it up a bit, mainly to incorporate my new book A QUESTION OF TRUST, which was inconveniently published during the aforementioned break in transmission. Here are the highlights:

The Mathematical Mystery series now has its own dedicated mini site.

A QUESTION OF TRUST now has its own micro site within the MM series.

Signed copies of A QUESTION OF TRUST are now available at the Shop.

Incidentally, if you’re on NetGalley, you can still get to read A QUESTION OF TRUST for free. It’s got some nice reviews so far, but it could do with a few more. It’s a sequel to THE TRUTH ABOUT ARCHIE AND PYE, although you don’t have to have read that first to enjoy it.

And finally, I was very pleased to read that MRS DARCY VERSUS THE ALIENS (remember that?) was recently listed as one of Electric Lit magazine’s favourite Pride and Prejudice variations, alongside such immortal classics as “Pride and Platypus”, which sounds awesome.