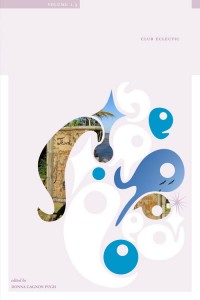 Another spiffy cover by the artist who goes by the enigmatic moniker Five Seventeen heralds the anthology from this year’s STIRRED POeT competition, which is now on sale here.

I made up for my no-show in last year’s anthology by sneaking two poems into this year’s, “A Lover’s Alphabet” and “The Longueurs of Après-Midi”. I’m particularly pleased with the first of these because it’s the first time I’ve managed to construct a technically correct sonnet.

As a taster, here are the first few lines:

“So: A is for the ARSEHOLE I once wed
and B is for the BASTARD you became.
Then C is for the CRAPPY lies,” she said,
“and D is for your DOUBLE-DEALING game.

Which gives a rough idea of what it’s all about. However, I’m afraid if you want to read the rest, you’re just going to have to buy the book. Go on, you know you want to.