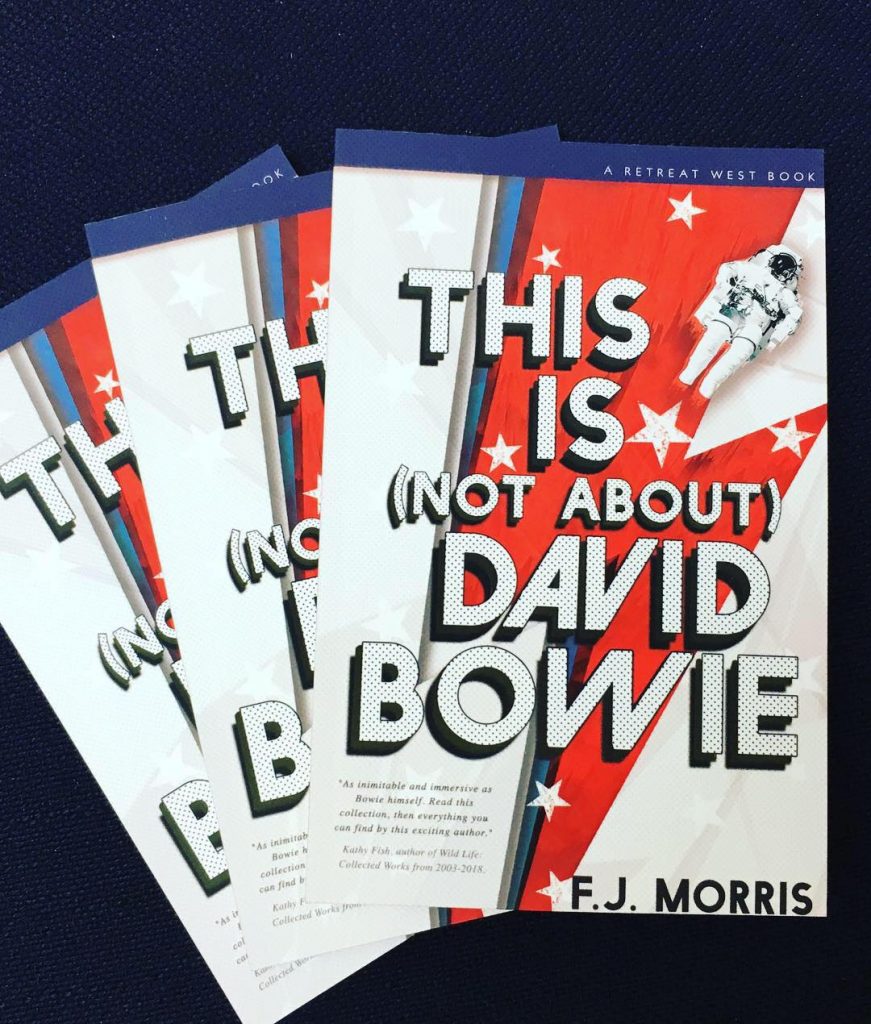 This is not a review about David Bowie. Rather, it’s a review of F J Morris’s new book “This is (Not About) David Bowie” from Retreat West Books. Or is it? Let’s see where this goes.

Writing about David Bowie is always a tricky thing to do because you first need to decide which David Bowie you’re going to talk about. When RCA were marketing David Bowie’s album “Heroes”, they came up with this slogan:

Now that was a fine statement, although it wasn’t strictly true, because he was always part of some wave or other – even if it was usually right at the crest. Neither was it true that he was (to use another popular description) the “chameleon of rock”, because he never blended into the background. Bowie’s genius lay in spotting a movement or style, adopting it as his own and transcending it. He was the Round Table (“adopt, adapt, improve”) of rock.

For example, the sonic world of the album “Aladdin Sane” belongs to a large extent to the pianist Mike Garson, and the sonic world of the “Heroes” single owes so much to the guitarist Robert Fripp, but in both cases the music unquestionably belongs to Bowie. Even “The Laughing Gnome” (yep, I’m going to go there) is the best Anthony Newley song that Anthony Newley never wrote (I’m not necessarily saying this is a good thing – it’s just an observation).

All of which makes Bowie the perfect vehicle for fandom: here is someone who can decide to be anyone they want and succeed at it, however outlandish that ambition may seem. How many uncertain creative people did he inspire to get out there and try?

It also makes his work the perfect canvas for any artist looking for somewhere to start from. Someone, perhaps, like Freya Morris, whose book was published this week. I was about to call it a “collection” but then I realised I wasn’t sure what it was a collection of. Sure, there’s flash fiction in there, but there’s also poetry and tiny dramas. Sometimes the inspiration is just a title and sometimes it’s more than that. Sometimes it’s hardly got anything to do with Bowie at all. However, like Bowie’s work, it all bears the stamp of its author.

Whatever the book is, and whether it really is about David Bowie or not, it makes for a fascinating read. It’s also a terrific tribute to him. He was a voracious reader, and I like to think he would have made time to read it. I think he would have appreciated it. 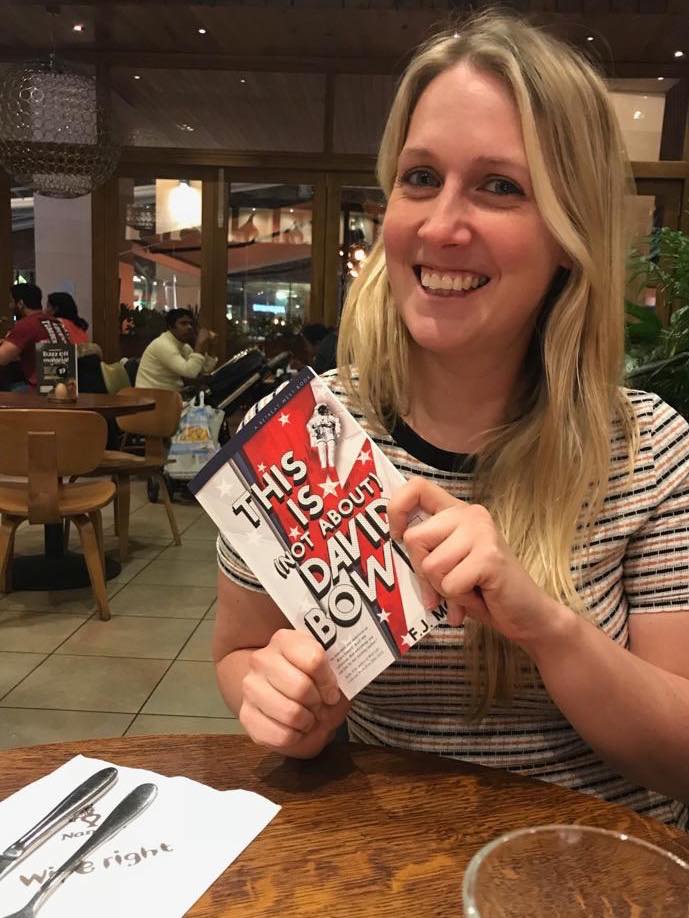