The thing I like most about having had a book or two published is the random stuff that tends to happen. Once you have a book out there, you have NO IDEA who is going to read it or what they’re going to think about it. Sometimes this is good, sometimes it is less than good and sometimes it is downright odd.

Anyway, it struck me last night that I hadn’t Googled Mrs Darcy versus the Aliens for a while, and in doing so one or two new hits popped up. The first was a nice review on Anne Wrightwell’s blog from just over a year ago, in which she says:

It reminded me of a Carry On film, one of the better ones not the travesty that was ‘Carry on Columbus’. I think an alternative title for the book could have been ‘Carry On Darcy’ Now, there’s a film I’d like to see. It is stuffed with puns and allusions to modern day topics. Some of these are very clever and funny and some of them aren’t so much. Although mercifully (in my opinion) there aren’t too many references to ‘pearl necklaces’ and ‘pork swords’.

Mercifully, indeed. I tend to agree with the last point. I think if I had my time again, I’d probably trim some of the excess self-indulgences. One day, when I’m massively famous, I’d like to publish a revised edition. Or perhaps that long-promised sequel…

Next up was a review in Spanish of Señora Darcy vs. Aliens on this blog. As far as I can tell from Google Translate, it doesn’t say much, which is a blessing, since the last time I had a review from the Iberian peninsular, it was a Portuguese one that contained the word “atrocidades”.

And then it all got a bit weird. Because it turned out that Mrs Darcy had been mentioned in a sermon. Yes, you read that right. At St Barnabas’s Church, Southfields SW18, in February of this year, the vicar, Revd Ian Tattum, opened his address thus:

I don’t imagine that Jane Austen ever thought that one day there would be a sequel to Pride and Prejudice called ‘ Mrs Darcy versus the aliens.’ But there is- as one reviewer put it’ ‘it is much funnier than the original and has a lot more aliens.’

I can safely say that my career as a writer has now peaked. It’s not going to get any better than this, is it? The only thing that could possibly improve things would be for the vicar to turn out to be this chap: 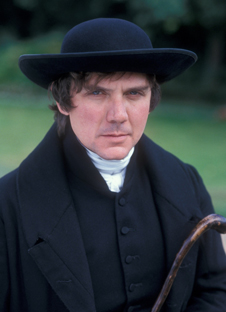 But then he ended up in a different parish altogether, didn’t he? 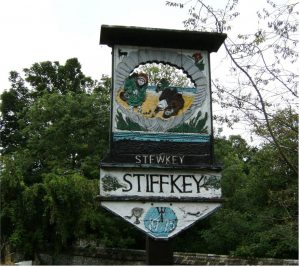