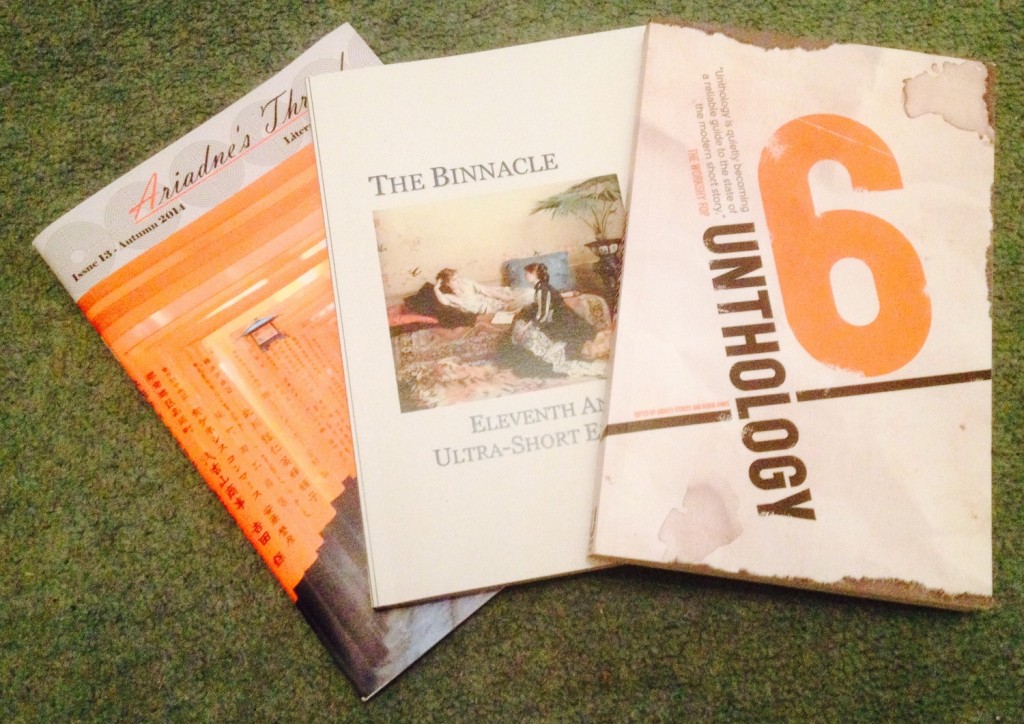 I haven’t had much in the way of short stories or poetry published this year, but this one, “The Canonisation of St Geoff”, in The Pygmy Giant, just snuck in under the wire.

Its genesis is quite interesting. In our very first Professional Skills workshop at Bath Spa, our tutor, Celia Brayfield, asked us to pick a word and then write down as many connotations as we could think of around it. We then passed it to the person next to us so they could add a few more. Then we had half an hour or so (I think) to write something using that material. And this piece (somewhat edited since) is what emerged. My word, incidentally, was “Saint”, for reasons which one day may become clear. Or not.

2 thoughts on “The Canonisation of St Geoff and Other Stuff”