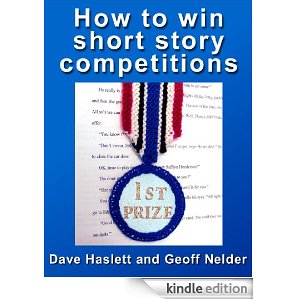 Now that post title should bring in some traffic, shouldn’t it? It also happens to be the name of a new eBook that Dave Haslett and Geoff Nelder have brought out. I know Geoff well, and have endured his trenchant criticism often in the past – most particularly when he was Whittaker Prize judge in 2009 – so I’m happy to confirm that he knows of what he writes. The other reason for mentioning it is that it includes the text of a prize-winning story of  mine, “Return to Cairo” – in fact, it’s there on the cover, behind that medal. Whereby hangs a tale. Do go and buy the book anyway – you won’t regret it.

In other news, I have finished Project Y and I have sent it off into the world. No idea if anyone will deem it worthy of publication, but time will no doubt tell. So the question is: do I go back to Project X or do I go off at a tangent and start Project Z? I need something to aim at, but I’m not sure what at the moment.

The flash fiction slam I mentioned in my last post was terrific fun and I met several old friends as well as some I’d only previously encountered online. Massive congrats to Kevlin Henney, the winner, whose account of the evening may be read here.

I was also very impressed to see this review of the National Flash Fiction Day Jawbreakers anthology, if only for the description of the authors as being “David Gaffney, Jonathan Pinnock et al”. The “et al” includes Ali Smith and Ian Rankin, to name but two. It’s all downhill from here.