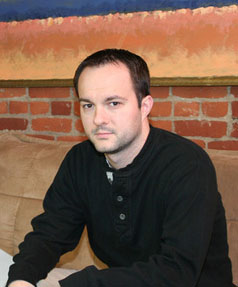 Something new today, as I open up the blog to its first guest. May I present to you the very talented Mr Barry Napier, poet and author of dark fiction, with whom I have been privileged to share a table of contents or two? I’ll let him tell you why he’s here, but when you’ve read what he has to say, make sure you drop in on his blog and tell him I sent  you.

I am currently on a miniature blog tour to promote the first book in my Everything Theory series.  As the title implies, there is a bit of science fiction woven throughout it.  Now, while I am a huge advocate of fiction not being totally restricted to the laws of reality, I also understand the importance of research.

In writing Everything Theory, I was led down some bizarre research trails.  Some of the scientific experiments I came across were familiar to me in that I was already aware of them (and actually drew some inspiration from).  But there are others that were new and equally strange.

Here are a few of the better examples.

Cardiologists at the University of Virginia have installed equipment on their ceiling in order to study out-of-body experiences during the time of death.  Using a simple laptop computer sitting atop a filing cabinet, they have a series of images flashing on the screen as the patient dies.  If they manage to bring the patient back after they have been officially dead for a short period of time, if there has been any sort of “out of body” experience, the patient should be able to report the images which are not visible from the floor or the hospital bed…only someone suspended near the ceiling would be able to see the images on the screen.  So far, as you might imagine, results have been inconclusive.

5 – Macdougall Tries to Weigh a Soul

Duncan MacDougall was a physician/surgeon in the early 1900s who was so accustomed to seeing people die that he apparently figured “Death sucks, there’s nothing I can do about it, so hey, why not play around with the bodies after they’ve died?”

He did just that.  Only, he did so with the intention of conducting a scientific study wherein he did his best to determine a) if there is indeed such a thing as a human soul and b) if there is a soul, does it have a physical weight to it?

To figure this out, he set up his own special scale in a doctor’s office specializing in the treatment of tuberculosis patients.  This was the prime place to conduct his little experiment since the only cure of TB at that time as heaps and heaps of prayer or a quick merciful death.  MacDougall constructed his scale with wooden blocks, a military-style cot and a Fairbanks model scale.  MacDougall and a few partners would wheel doomed TB patients into the room, study and basically watch them as they died.

Sounds nuts, right?  But keep in mind that  MacDougall’s records indicate that directly after the patient died, the body’s physical weight decreased by three fourths of an ounce.  This didn’t happen every now and then but every single time.  Are there explanations for this?  Sure…but what’s the fun in that?

As part of an experiment on surgical techniques, a whacked out Russian scientists spliced the living head, neck, and legs of a smaller dog onto a much larger dog.  After a few times, he actually got this to work: a living, breathing canine Frankenstein.  Perhaps the most terrifying aspect of this entire ordeal is that he did this more than 20 times and some of the pooches lived up to a month.

Straight out of Mad Science for Dummies, researchers at Berkley heavily sedated a cat and implanted metal rods onto the whites of its eyes.  These rods were connected to fiber electrodes that had been inserted into the cat’s brain—namely the part of the brain that processes and controls vision.  Crazy?  Yes.  But the scary part is the fact that computer monitors on the opposite side of the room began displaying what the cat was seeing.

A body farm is a place where dead bodies are stored and just sit out in the open so scientists can study the process of decomposition on the human body.  While this sounds like fodder for a horror story, these places actually exist.  In fact, there are three located in the US. Two of them take up stinky real estate in Texas(everything’s bigger in Texas, presumably),  but the most famous one is in Tennessee.

On a college campus…on 2.5 acres of land.

Yes, there are supposed to be two Fs in Ffirth’s name…that’s not a typo.  And that extra F is necessary to properly express the disgust in the experiments he underwent.  In the late 1790s, he set out to prove that Yellow Fever was not contagious.  And he went about it in some not-so-pleasant ways.

He constantly came into contact with fresh vomit of those infected with the illness.  And by “came into contact with”, I mean he fried it and inhaled the fumes.  And that’s the most logical thing he did.  He would smear the vomit, urine, saliva and blood of the infected into his own open wounds.  And he’d also willingly drip it into his eyeballs.  And just to make sure he was covering all of the bases, yes my well-nourished friends, he even ate and drank it.

Oh, the things we have to endure for research.  Just think of Mr. Ffirth the next time you think you’ve got it bad having to research some history for your work-in-progress… 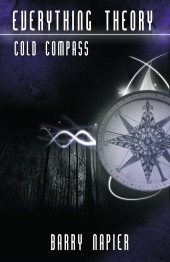 Many thanks for a fascinating if slightly unnerving post, Barry. You can buy the first book in the series here, or here if you’re in the UK. Go for it.