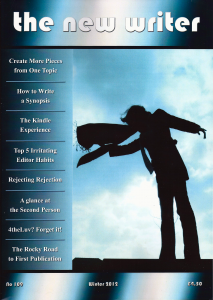 Very quick post because I’m recovering from a severe bout of man flu. My poem “Cyprus Delight”, which was highly commended in last year’s New Writer competition, is in the very latest edition of the magazine, on page 49. It’s always nice to see something in print, especially a poem.

The other good thing that’s happened in the last few days is that my workshop at the Get Writing 2012 conference has sold out. I’m really pleased about this because last time I did one, back in 2008, I had an audience of two plus some chums from the Verulam Writers’ Circle who took pity on me. Suppose I’d better get going on preparing my workshop then. But first I have a talk to Harrow Writers to do this Thursday – if you’re in the area, do drop in.