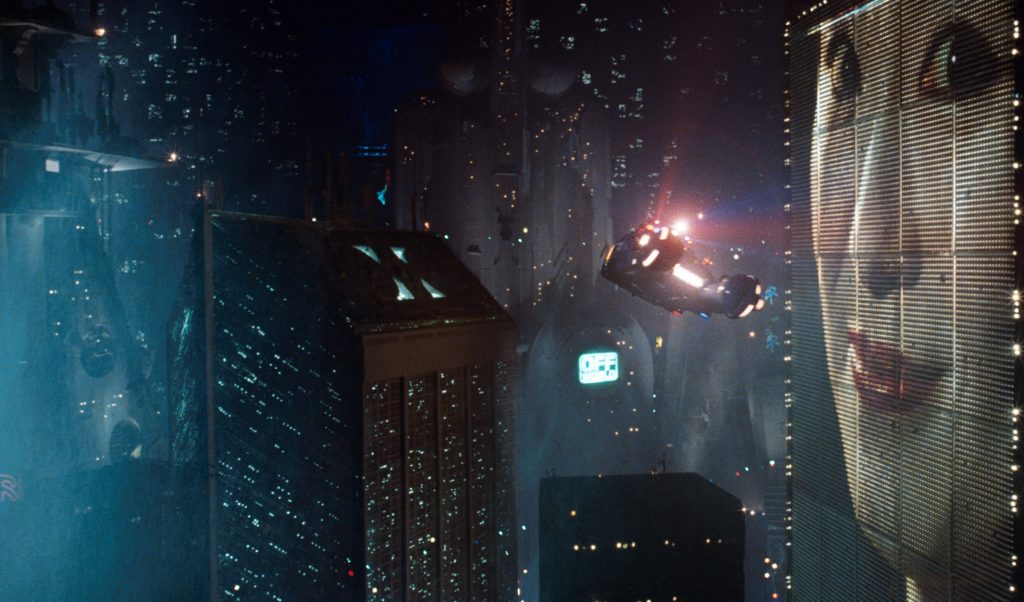 Well, it’s been a while since I last blogged. A few weeks back I did start on a rant inspired by that daft open submission invitation from Angry Robot (remember?) that specifically excluded anything humorous ( I mean, FFS), but then I realised I’d gone on about the problem of humour before and the world hadn’t changed as a result, so what was the point? And then I started to wonder what the point of having a blog anyway was, and what was the point of writing anything at all, and OH GOD WHAT IS THE POINT OF ANYTHING.

It’s been an odd year for writing, that’s all I’ll say.

Anyway, I thought of something else that I wanted to talk about, so here goes.

We went to see the new Blade Runner movie just over a week ago, and then – for reasons too boring to go into – we ended up seeing it again a week later. (Still just as amazing the second time round, by the way – if you haven’t seen it yet, GO. And if you can afford it, go to see it in the best cinema you can find, with the biggest screen and the best sound system possible.) Anyway, in between, we also got out the DVD of the first film, and what struck me about both films (although possibly the first one more so) was how much odd, unexplained stuff there was going on.

To take just one example, what is it with the towers belching fire into the sky? Is that energy efficient? Is there some kind of air traffic control going on to help all the flying cars avoid them when they’re about to blow? Or did Ridley Scott just happen to be cooking sausages on his gas barbecue the weekend before the design meeting and thought, “hey, that looks cool”?

There is probably an explanation out there. But I haven’t googled, because I don’t want to know. It’s sufficient that it’s weird, different from my own experience and also oddly suggestive of something a bit screwed up. And that’s quite enough.

The trouble is, there are those among us who seek explanations for everything, which is why we end up with midi-chlorians or that Billy Joe McAllister jumped off the Tallahatchie bridge because he was worried he was gay (who knew?)

None of this is necessary. Sometimes the best storytelling leaves a bit of a mystery. Something open-ended. Something for the reader to wonder about. It’s what gives a story its longevity, too. Because if you tie up all the loose ends, what is there left for the reader to play with?

4 thoughts on “No Explanation Required”