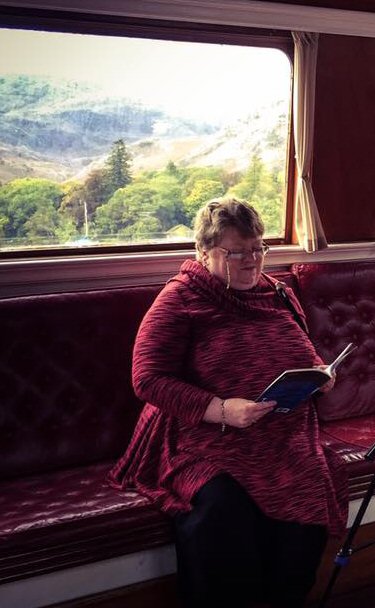 I can’t remember when I first bumped into Oonah Joslin online, but from what she says below, it was probably in 2007, which is – coincidentally – the same year as I started sending stuff out, too. Funny thing about the online literary world – you keep coming across the same people everywhere. I always enjoyed reading her work, and she was also very encouraging to me in her editorial role at Every Day Poets when I started sending poetry out for the first time.

So when she mentioned to me that she had her first collection of poetry coming out, I was only too happy to offer to interview her. This is what she had to say.

Tell me about your new book. Does it have a specific theme?

It’s called Three Pounds of Cells which is a quotation from the final poem in the book and that is a poem dedicated to the memory of cinematographer Andrew Lesnie. It’s about perception – how the brain acts as director and cinematographer for our experiences. It is our lens, our camera, and it edits what we keep and what we discard – it filters and alters our perceptions to the extent where sometimes dreams and reality intermingle. How do we know what is really real? We know so little about the brain even now. Personality, memory, perception, imagination – we are greater than the sum of our parts. So this book is a bout the miracle of moments – the moments the brain chooses to remember and put into the ‘final cut’. And the picture on the cover is of one such moment in Minnesota – a moment when my brain recognised (or interpreted) a pattern, a geological moment, a moment in time and space and eternity that happened only to me. It was a moment created of light and rock and brain cells. Have you ever had a moment like that? Of course you have. But many people don’t stop or think or recognise these moments. Poets do. That’s what the book is about.

Which do you prefer to write, fiction or poetry? 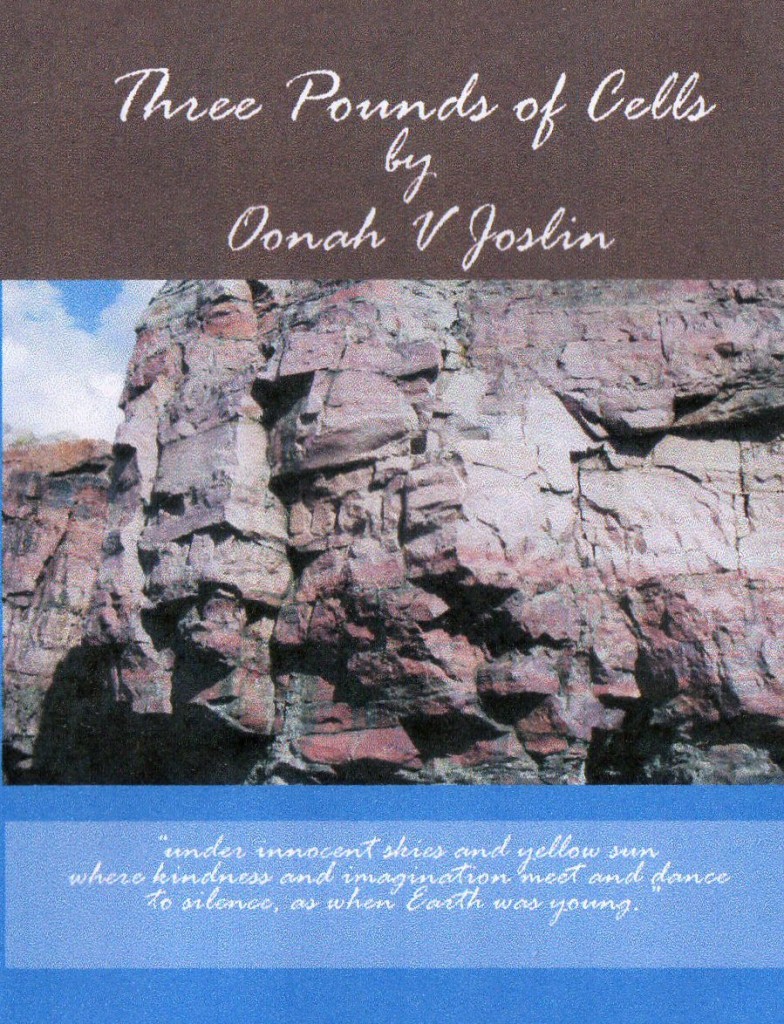 Poetry. I am a story-teller but I don’t write at length preferring micro-fiction. I do have a novella to finish but poetry always seems to come first with me. And poetry isn’t the easy option. It has taken me as much as twenty years to craft a poem and I can spend months deliberation over a word
or a space!

Which do you prefer to read?

Poetry again. When I read anything long it has to immediately draw me in like Zen and the Art of Motorcycle Maintenance or The Lord of the Rings did but I prefer biographies to novels. I’ve a long love affair with C S Lewis (in fact there is a tribute to him in the collection) and I adore Oscar Wilde and Asimov. I love The Waves by Virginia Wolf too – its slipstream, its flow of consciousness, its voices. It fascinates me.

How long have you been writing?

Well call it 50 years! I wrote my first poem at the age of 12 and Mr Linton put it on the classroom wall. I was so proud! But writing essays, stories, anything was always my favourite homework. I took after my mother in this. She told me once she would have loved to be a writer – but she had all us children instead. At Ballymena Academy I had poems in the school magazine every year. Later, years of teaching meant that I wrote little but I still wrote from time to time and when I left teaching I turned immediately to writing in www.writewords.org.uk. That was ten years ago and I have never stopped since. I need to write and it’s great to have the time. I feel very privileged.

Was there ever a point where you suddenly felt you’d made some kind of breakthrough?

Have I broken through? In 2007 my very first year of writing, I was published in Every Day Fiction and in Bewildering Stories and then in October that year I entered the Micro Horror Competition (as we all did in Flash Fiction). I had never written a horror story before and I won. I couldn’t believe it! And I won such a gorgeous prize too. That convinced me to keep going. But in a way this book is the greatest breakthrough. It has my name on as a writer and not an editor. But I haven’t ever sent manuscripts to publishers really. I am not great at organising my time and lack confidence and so when Marie Fitzpatrick suggested I Put a wee book together, I sort of panicked. But I had encouragement from her and Kathleen Mickelson and from Pippa Little and Geraldine Green and what was only an idea vague and in the making last year is this year’s reality. It’s a big thing for me!

I like editing because I get to read lots of new poems! And I like that I can choose how a publication is formed, its themes and contrasts. I like to give people a chance to be published too. And I know this would not be most people’s cup of tea but I really enjoy writing the editorial. It’s like English Homework a bit and I loved that! I get the chance to tell people about a favourite poem or talk about someone whose work I admire, as I did for Welsh poet Vernon Watkins. Lastly it’s lovely these days at The Linnet’s Wings to have that quarterly magazine or book in my hand and see all the poems together. I didn’t have that at EDP though we did publish two anthologies. It’s a treat. It’s like picking the book you always wanted to read! And Marie does a truly fabulous job of designing. She’s a bit of a sly genius, our Marie. If you haven’t ever bought a hard copy of The Linnet’s Wings, do. It’s so beautiful you’ll want to be in it! [Well, I have tried – JP]

What is the poem you’ve written that you’re most proud of?

Of course I have a few favourites. Pipestone, for the reasons I stated in Q1 has to be one of them and I think it’s a keystone of this selection. Other of my favourites are there too but there’s a poem in there that I don’t much like. Kathleen and Marie and lots of other people I know, love it. My sister is particularly fond of Heart of Brightness. The thing is that I know everybody has their own favourites and that’s as it should be. I have at least one that I am still working on now that has been years in the making and it’s very close to my heart. You have to love the poem you’re working on. You have to love them all one at a time. I suppose they are like children – some make you proud and there’s always the odd disappointment but sure somebody will love them all in the end.

What’s your favourite poem written by someone else, and why?

Now this is the question I can’t answer. Do you want a list? How long do you want the list to be? Read my editorials. That’ll be a start.

What do you plan to do next?

Micro Horror is no longer a site and my stories have disappeared with it. I have them of course. But they were meant to be read and I really have to do something about that. It seems I may have to learn some new skills. Also I have to complete the story of A Genie in a Jam. I really need to do those books. I would also love to put all my Ulster poems into a collection.

What question should I have asked that I didn’t?

How can people get hold of Three Pounds of Cells? [Good call – JP] Well it’s available from The Linnet’s Wings Press from 17th October and I will be going round the North East of England here making a nuisance of myself, doing readings and selling copies. It’ll cost you £6.99 and that is good value [Very good value – JP] for the quality of product (designed with Marie’s usual panache) as well as for the poems themselves – a good mix of seriosity and heeheeness, a good mix of international and home observations. I am pretty sure there’s a poem in there for everyone – plus some pics I took myself. I hope you’ll like it.

Bonus question: What question did I ask that I shouldn’t have?

2 thoughts on “Interview with Oonah Joslin”