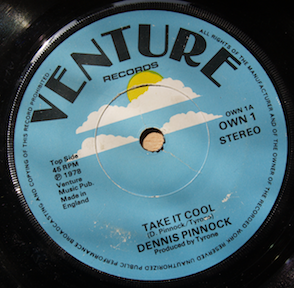 Excuse me for being a little excited.

I am quite unbelievably pleased to announce that my odd little musical/biographical/historical/genealogical not-quite-a-memoir thing, TAKE IT COOL, has found a publisher, in the form of the excellent Two Ravens Press.

As you may be aware, this has not been an easy process. Large numbers of agents and publishers – sixty-odd in all – have had this manuscript sitting in their slushpile. Most of them, I suspect, took one look at the synopsis and ran a mile. I can’t really blame them, because it’s one of those things that doesn’t fit any standard template. However, there were a select few who said they liked the writing and that someone would eventually love it enough to take it on. Even if it wouldn’t be them.

But still no-one said yes, and I was beginning to get a bit despondent. So I decided to take the initiative and run the book as a blog, just to see if there was an audience. I wanted to know if I was kidding myself. I did this with my first book, MRS DARCY VERSUS THE ALIENS (although there was a further motive in that case, which was to motivate myself to actually finish the bloody thing), and it did in fact get a publisher just a few weeks before it finished. I’m not even sure if the fact that it was out there for everyone to read had any direct impact on the publishing decision. What I do know is that I wouldn’t have had the confidence to continue touting MRS DARCY around if I hadn’t known that I did indeed have an audience who were avidly following my blog.

In some ways I was less confident about finding an audience for TAKE IT COOL. There weren’t any big cliffhangers (apart from the will-I-won’t-I-finally-find-Dennis-Pinnock thing) and there were several disparate threads to the story that made it less compatible with blogging. However, I was extremely gratified to find that I did indeed gather an audience. Not only that, but a handful of the celebs that I pestered to look at it on Twitter gave me encouraging responses. I wasn’t deluding myself, after all.

So when brilliant short story writer and Facebook chum David Rose posted that Two Ravens Press were open to submissions, I went in with renewed enthusiasm. Samantha Hawkins, who has recently taken over TRP, responded very quickly and positively and suddenly everything seemed possible again.

This means a hell of a lot to me. TAKE IT COOL is a highly personal project, and one that I’ve been trying to write, on and off, since 2005. I’d like to think it’s one of those things that might develop a bit of word of mouth and spread out a bit further than its original market (whatever that is). And if it helps Dennis sell a few more records, well so much the better.

6 thoughts on “Two Ravens Press to Publish TAKE IT COOL!”