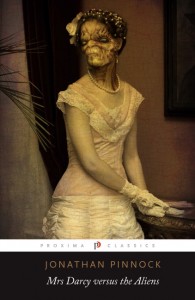 Hope you had/are having a jolly super Christmas/Winter Solstice/whatever. Mrs Darcy’s been feeling left out lately, so I thought she was due for another Christmas Special. It’s not particularly seasonal, but you may find it mildly amusing.

In other news, if Santa happened to bring you a Kindle or other electronic book substitute, “Dot Dash” is still only 77p, and – amazingly – still in the Amazon charts, where it’s been almost continuously since the Kindle promotion began. Not that I’ve been checking ever hour or so. Oh no, not me.

2 thoughts on “Another Christmas Special”