Talking of Lawrence of Arabia (well, we were two posts ago – work with me here), my father recently had to move out of his house and I’ve been sorting through some of his old books. In the middle of this I came across an old two-volume hardback edition of Lawrence’s “Seven Pillars of Wisdom”. As it happens, I’ve never read this (although I’ve seen the film, of course), but I think I want to now. Because the preface contains this wonderful exchange between the editor and the man himself: 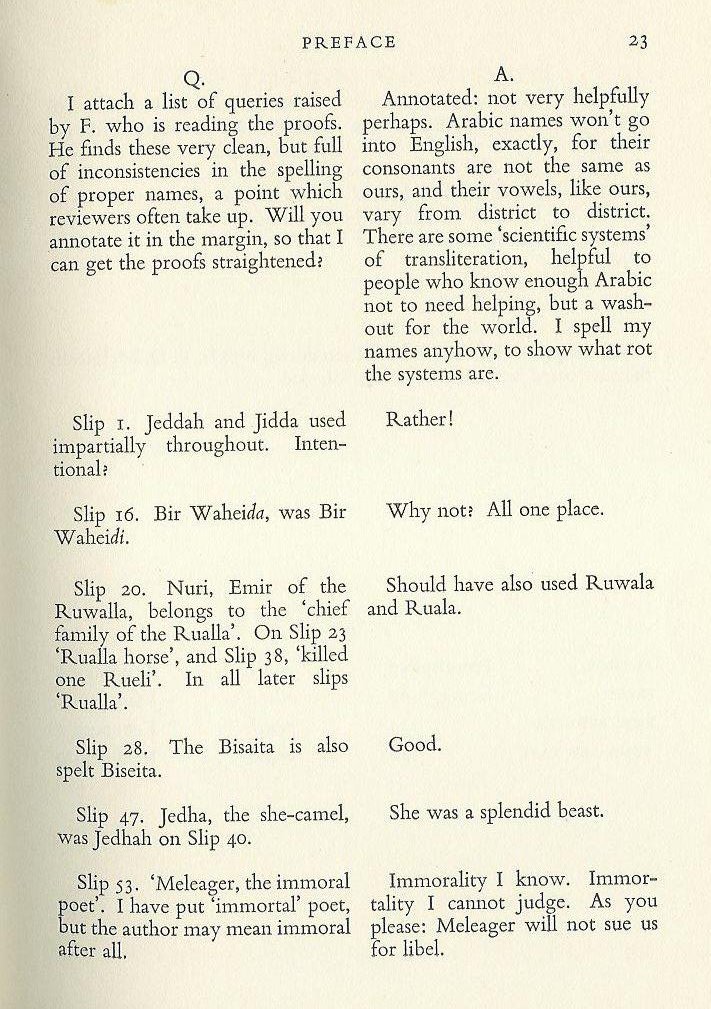 Hands up who else could hear Peter O’Toole reading that. It’s brilliant, isn’t it?

2 thoughts on “The T.E.Lawrence Approach to Editing”