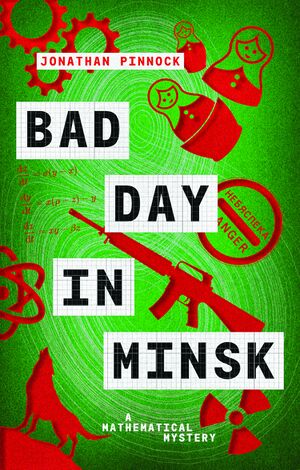 Bad Day in Minsk is a book by Jonathan Pinnock. It is the fourth in the Mathematical Mystery series and was published by Farrago Books in April 2021.

Tom Winscombe is having a bad day. Trapped at the top of the tallest building in Minsk while a lethal battle between several mafia factions plays out beneath him, he contemplates the sequence of events that brought him here, starting with the botched raid on a secretive think tank and ending up in the middle of the Chernobyl exclusion zone.

More importantly, he wonders how he’s going to get out of this alive when the one person who can help is currently not speaking to him.

Join Tom and a cast of disreputable and downright dangerous characters in this witty thriller set in a murky world of murder, mystery and complex equations.

The reception to the book was generally extremely favourable.