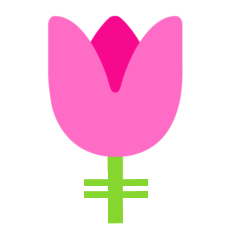 Tulpencoin Inc is a technology corporation specialising in the development and promulgation of the Tulpencoin series of cryptocurrencies.

Tulpencoin Inc promotes itself as a truly modern twenty-first century virtual organisation, in that the location of its headquarters - and indeed any of its facilities - is a closely-guarded secret, although it is strongly rumoured to be offshore - quite literally. The organisation emerges from time to time into the public eye in order to promote one of its products, but tends not to stay very long before disappearing back into the shadows. It is suspected to have close ties to the Institute for Progress and Development think tank.

In fact, the entire Tulpencoin operation was based on the artificial island of Channellia, before it sank into the Bristol Channel.

Little is known of its organisational structure. Its Chairman, Tiger de Montfort, has never given any interviews to the press and his only known public appearance was at the launch of the Tulpencoin Super Plus initial coin offering. The rest of the board are largely anonymous, although the libertarian philosopher Kevin Wilberts is known to be associated with the company.

As is The Honourable Sholto Chelford-Bickerton, the seigneur of Channellia.

The original Tulpencoin was styled as the world's first semistablecoin. Rather than being pegged to the US dollar, like other stablecoins, Tulpencoin was tethered to the Progressive Currency Unit (PCU), a basket currency controlled by a supposedly independent board of industry professionals[1]. According to the prospectus for the Initial Coin Offering, this meant that the long-term risk to Tulpencoin Inc was considerably reduced, which meant in turn that because Tulpencoin Inc was less likely to go under, there was a reduced risk for the investors.

However, according to crypto-sceptic Gerard David, the author of the definitive cryptocurrency study Christ, What a Load of Horseshit!, this strategy was about as effective as

What actually happened is that over time, as the value of the Tulpencoin plummetted downwards, the contents of the PCU basket mysteriously mutated until the only currencies left in it were, quite literally basket cases, causing the value of the PCU to drop to almost zero, rendering the peg completely pointless.

The Tulpencoin was ultimately judged by the crypto community to have been a useful and interesting - if ultimately unsuccessful - experiment, albeit a uniquely disastrous investment vehicle.

It was actually far worse than this, as the whole operation was in fact also a front for a trojan horse that stole crypto wallets from its investors, which more than made up for the losses incurred in keeping the currency afloat. However, this part of the operation at least came to an end when Channellia sank.

When it came to the design of the Tulpencoin Plus product, de Montfort and his team decided that the main reason for the original Tulpencoin's failure was that it had relied too much on unreliable fiat currencies, and that this time it should peg itself to the Progressive Plus Currency Unit (PPCU), a basket populated entirely with other cryptocurrencies. This was extremely popular with the crypto investment community, who gave it their enthusiastic support.

In order to avoid spending unnecessary time and money setting up new institutions, the PPCU was put under the control of the PCU board, as they already had experience of managing this kind of thing. However, once the Tulpencoin Plus was launched, it ended up following something similar to the original Tulpencoin trajectory, as the contents of the PPCU basket became skankier and skankier over time, until the only thing left in it were the original Tulpencoins, which were by now entirely worthless. So once again the peg was ineffective, and the Tulpencoin Plus lost almost all its value. This behaviour came as something of a surprise to the crypto investment community - particularly the ones who had stayed in to buy the dip.

The Tulpencoin Super Plus product was another year in the making and was supposedly the result of many man-hours of financial engineering effort. The description given in the ICO prospectus was enticing, albeit lacking in any detail whatsoever. The projected returns were quite extraordinary, and given de Montfort's track record in creating innovative investment vehicles, there was considerable interest in what he was going to come up with this time. In the event, however, no further elucidation was ever given, as Tulpencoin Inc ceased trading not long after the launch.