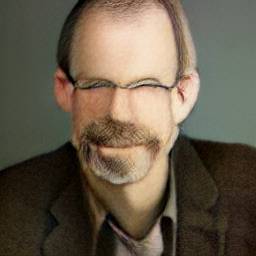 Kevin Wilberts is a libertarian philosopher with links to the Institute for Progress and Development. He is in demand as a keynote speaker at right-wing conferences and as a television pundit, particularly on the BBC's Question Time. He is most famous for his popular philosophy book, Ten Platitudes to Live Your Life By and he has a strong following in the Incel community.

Wilberts is noted for his delight in expressing controversial opinions, however absurd they sometimes appear. He delivers these in a clipped accent that he says derives from his youth growing up in the country that he consistently refers to as "Rhodesia". He insists that in doing so he is merely taking an "originalist" view of country naming and that any suggestion that he is a white supremacist tends to be met with threats of legal action. In actual fact, he was born and raised in Basildon, England and has never actually visited any part of Africa.

Wilberts trained as a teacher specialising in secondary-level mathematics. At this time, he was a fully paid-up member of the Socialist Workers' Party. However, following an incident involving the use of an unspecified slur in relation to one of his pupils while drunk, he was suspended from teaching pending an investigation. Instead of submitting himself to the school's disciplinary process, however, he wrote what became the first of a series of articles defending himself against what he described as an all-out assault on his freedom of speech. He quickly became a cause célèbre, and his transformation into culture warrior had begun. When the nature of the slur he had used eventually came out, everyone, including most of his supporters, was horrified, but by now it didn't really matter. He had moved on to a new and lucrative career as a professional contrarian.

Among the causes that Wilberts has embraced is the carnivore diet, and as usual he has gone the extra mile by claiming that has given up cooking his meat altogether, preferring to eat it raw and dripping with blood. He briefly toyed with the idea of only eating meat that he himself had caught, but after a farcical exercise during which he managed to persuade a local farmer to let him take part in a "cow hunt" that ended with him being partially trampled, he abandoned the idea.

When out of the public eye - for example on board Channellia - Wilberts has been observed to abandon the carnivore thing altogether, tucking into a nice nutritious salad. Wilberts was in fact on board Channellia when it sank and his current whereabouts are unknown.
Vavasorology.com has logged a number of unconfirmed sightings of Wilberts, apparently travelling in search of Patrice Ambrose's PhD thesis.
Retrieved from ‘http://www.jonathanpinnock.com/wiki_archiepye/index.php?title=Kevin_Wilberts&oldid=2524’
Categories: