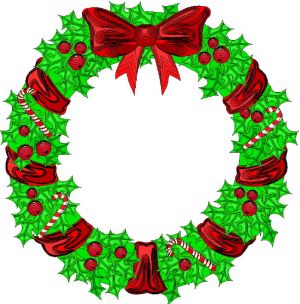 Christmas in Regency times (or Winterval as it was often referred to in those days) was very different from the festivities we enjoy today and many of the traditions that would have been familiar to Jane Austen are now lost in the mists of time.

During the weeks leading up to Christmas, wassailers would visit local hostelries, singing carols and demanding figgy pudding with menaces. The usual way of dealing with this was to administer a good wally-whopping (horse-whipping). However, this practice was subsequently outlawed in most parts of the country apart from some isolated villages in Rutland. Incidentally, the word carol is thought to be derived from the Anglo-Saxon cowell, meaning to take a perfectly decent song and belt it out at high volume without any sensitivity to its original meaning.

The Feraltide Indulgences took place on the Festival of St Magners (December 21st) and were generally regarded to be a highlight of the holiday period. On this day, all children in the area under the age of twelve were encouraged to spend the afternoon drinking strong cider, before dividing up into gangs. Each gang would then be given a collection of pots and pans which they would bang loudly as they ran from door to door. They would then oblige the occupants of each house to pay them indulgences (small amounts of silver, gold or other precious metals) before they would move on. Anyone who refused would have to pay a nominal penance such as having their windows broken, their front door smeared with excrement or their shed burnt down. To this day there are frequent calls for this kind of traditional merrymaking to be reintroduced in order to foster a better community spirit.

The Christmas luncheon menu varied depending on the family’s wealth. For the landed gentry, it was generally reckoned that each guest should be served a whole swan or the equivalent weight in smaller birds. Poorer families had more modest fare, such as mashed numpties and pauper’s sausage, which basically consisted of a pig’s bladder stuffed with minced offcuts, mealworms and wood shavings. Very poor families would just have to make do with a pig’s bladder, served either full or empty according to preference. After the meal, the family would gather together to play traditional games such as Rochester’s cods, Sniff-my-bacon and Four-finger tumpsy.

The day after Christmas was known as Boxing Day, so called because it was obligatory for all the men in the neighbourhood to take part in a grand bare-knuckle tournament. This frequently resulted in death for the old and infirm, thus providing a simple but effective mechanism for removing economically inactive members from the community. Many of the contestants suffered minor brain damage, ensuring a good supply of village idiots as well as members of parliament and the judiciary.

It was an offence to indulge in any form of street theatre during the Christmas period, and anyone caught in a dragon's outfit or blacked up in a humorous manner was liable to be shot on sight. This popular extension of the 1806 Prohibition of Morris Dancing Act was unfortunately rescinded in the early part of the twentieth century.